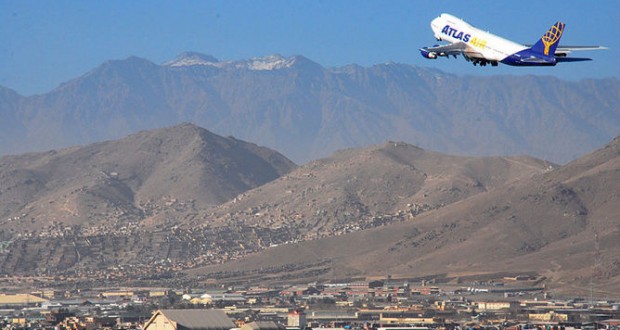 Kabul is no safe haven for deported Afghan refugees

Liza Schuster has received funding from the Leverhulme Trust. She provides expert reports for Immigration Tribunals, activists and campaigners..

We crossed the courtyard and followed 16-year-old Amin around the back of the house. We removed our shoes, walked down the dark hallway and turned into the small dark room. The two youngest children sat with their mother under a duvet. Eight-year-old Nasir’s sobs did not miss a beat, while his 11-year-old sister Fatima cried tears beside him. Their mother’s eyes were also swollen, as she stood to welcome me and urged me to be seated.

“Hello, Nasir, how are you?” I said in Dari. “I want to be in school” he said. “I should not be here. I should be in school with my friends. I must go back. I must go back now”. “He has been crying like this this since we landed seven days ago” his mother said. “This morning, he tried to take one of the bags to put his clothes in it. He said he was going to walk to the airport”. His father could not speak but knelt with his head bowed. He finds it hard to stay in the room unable relieve the suffering of his wife and children.

The family, deported from Norway on 17 January, have no relatives in Kabul, and since shortly after their arrival have been staying with the relatives of someone they knew from their time in Iran, more than five years before. They are conscious of the burden they are putting on these strangers and aware that they need to move on, but they are paralysed by the fear that drove them from Afghanistan in the first place, by the shock of their deportation and, unfamiliar with Kabul and without contacts, they are at a loss as to what to do next.

An Afghan colleague had asked me to come and hear what the family had to say, to see if I could help them in some way. I had explained that it was very unlikely that I would be able to help, but that if they wanted I could try and explain why they had been deported. We thought perhaps talking through what had happened, and why, might help them come to terms with it. Part of their confusion was that the Norwegian authorities seem to have accepted that they could not return to Uruzgan, but like those assessing claims in other EU states, had decided that the family would be able to relocate to Kabul, which it is argued provides a “safe internal flight alternative”.

I have seen dozens of refusal letters each citing this convenient truth. Wherever in Afghanistan an asylum seeker originates from, whatever problems or difficulties they face, Kabul supposedly provides a welcome haven. As someone who has spent ten of the past 15 months living in this city, and not behind the barbed wire and blast walls that insulate diplomats, journalists and the staff of International NGOs, I find the complacency and hypocrisy of this assertion disconcerting.

Arranging a lunch meeting with a senior figure in one such NGO, I was told we would have to meet at the Serena; given thebombing of the restaurant La Taverna two weeks ago, in which 21 people (including 13 Afghan civilians and the IMF’s Afghan chief) were killed, he would not be allowed to go anywhere else. A European consultant asked if I could come to her hotel, as she was not allowed to go anywhere but the office.

Kabul may well be more secure than other parts of Afghanistan, but that security is relative and fragile, as the bombing on the 17 January shows. In the run-up to the elections in April, and given the international withdrawal in December, there are very real and reasonable security fears here – and not just among the international workers.

But it is not only the fears of suicide attacks, roadside bombings and kidnapping that worry ordinary Afghans and those who are deported. How are they to survive in Kabul? Unemployment is at least 48% . Those who do find work, accommodation or support find it through social networks, so single young men who are deported to Kabul face a desperate struggle.

The overwhelming majority of those deported to Afghanistan are single young men, but in the last year I have come across four families: three deported from Norway and one from Sweden. It is impossible to imagine how a man deported to Kabul after years spent in Europe, and possibly many more in Iran or Pakistan, will be able to provide for a wife and children in these circumstances. There is no welfare system here, evident in the number of women and children of all ages begging in the streets, some with babes in arms. The danger is that they will be forced back to regions in which their lives are at even greater risk than they would be in Kabul, but where they may have family.

As I tried to get the family to think of the future, asking “what will you do now”, the parents could only turn the question back to me: “what can we do? We cannot stay here in Kabul – it is not safe for us. But we cannot go back to Uruzgan. What should we do?” Stunned by the injustice of the deportation, and consumed by fear, the family kept circling round the idea that there had been some appalling mistake – that the Norwegians could not deliberately have sent them, especially the children, back to Afghanistan.

But the reality of the situation seems to be that European governments are deporting now, while they can, before the security situation deteriorates even further. Nonetheless, the deportation of families with small children marks a new low in the asylum policies of European states. That the vanguard of this practice should be the Scandinavian countries, generous donors of development aid and renowned protectors of children’s and women’s rights in particular, is shocking and disappointing. 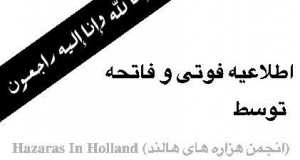 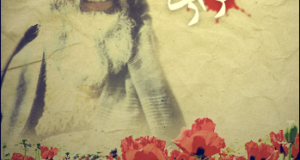